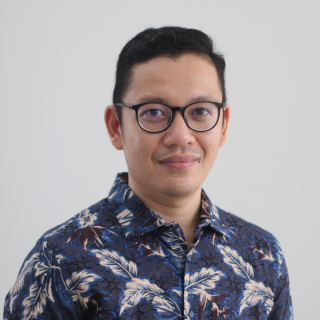 Working as a Journalist, A Lesson from Sindonews

President University hosted Seputar Indonesia (Sindo) in the seminar called “Sindo Goes to Campus” that was held in Charles Himawan Auditorium, Cikarang (23/5). The seminar attended by Hanna Farhana, Managing Editor of Koran Sindo and Puguh Haryanto, Managing Editor of SindoNews. There were approximately 150 students came to the seminar. END_OF_DOCUMENT_TOKEN_TO_BE_REPLACED

‘Call For Nuggets’ Becomes The Most Retweeted Tweet of All Time

Carter Wilkerson’s (@carterjwm) call for a year’s supply of free nuggets from @Wendys has become the Tweet heard around the world. With 3.42M Retweets, it has officially surpassed Ellen’s infamous selfie as the most Retweeted Tweet of all time. END_OF_DOCUMENT_TOKEN_TO_BE_REPLACED

5 Things You Should Know About Investor Relations

For companies looking to go public, investor relations is more than a necessity — it can also be a way to create a competitive edge that will help you attract the right investors at the right time. Recently, advisory partner of Ernst & Young Jackie Kelly hosted an insightfult webcast on leading practices in investor relations (IR), and she wanted to share their key takeaways.

END_OF_DOCUMENT_TOKEN_TO_BE_REPLACED

How to Refresh Your Friendship After Having Conflicts During Election

Jakarta gubernatorial election is finally over. At the moment I am writing this, the candidates Anies Baswedan-Sandiaga Uno is leading over Basuki ‘Ahok’ Tjahaja Purnama. But, I don’t care about which side takes the glory. One thing that we all need to realize that in the campaign period, conflicts arise, hatred spread, people broke their relationship. Because people have different opinions. As the election comes to the end, people need to start rebuilding friendship again.

END_OF_DOCUMENT_TOKEN_TO_BE_REPLACED

7 Deadly Sin of Speaking You Need to Avoid

Many people have their experience when they speak, people don’t listen to them. There are a number of habits that Julian Treasure suggests us to move away from that he calls it as ‘Seven Deadly Sins of Speaking.’ END_OF_DOCUMENT_TOKEN_TO_BE_REPLACED

Brand logos are ubiquitous, so much so that most of the time they warrant little more than a cursory glance. However, if you stop to take a closer look, you may find there is more to these motifs than meets the eye.

We take a closer look at 40 logos to uncover those little flourishes you may have missed first time around. Infographic courtesy of Oomph as quoted in Campaignlive.co.uk. END_OF_DOCUMENT_TOKEN_TO_BE_REPLACED

How PR is Transforming in Digital Age

Some people have declared that public relations is dying. They’re wrong. It is, however, transforming. Where public relations was once just about press releases, it now also encompasses content creation, social media and more. PR agencies continue to expand techniques and find new ways of touching their clients’ target markets. END_OF_DOCUMENT_TOKEN_TO_BE_REPLACED